“Lights Up:” The Harry Styles Show 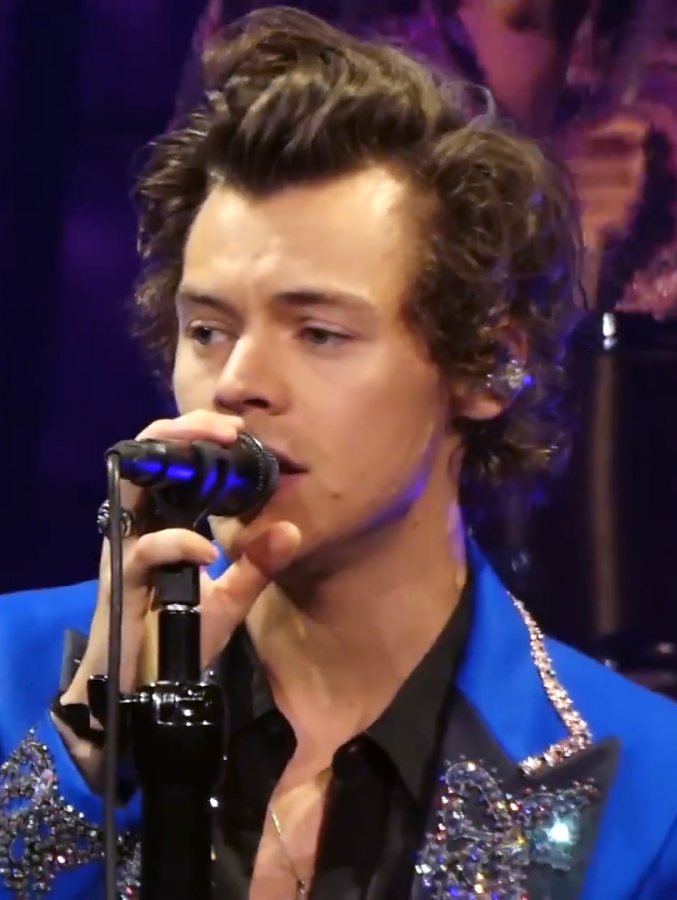 After six years of sweet poppy music-making by the boy wonders One Direction, the band decided to take a brief hiatus, which later turned into a most definite split in 2016. Since then, each member from the group has found themselves back in the spotlight with the emergence of their solo career, but only one has truly stood out.

Harry Styles resurfaced onto the music scene after the One Direction break up with his self-titled solo debut record in 2017. With hits such as “Sign of the Times,” a melodically auspicious chart-topper, and “Sweet Creature,” an elegant and twisted approach to the classic romantic tune, Styles surprised the world with an exceptionally introspective and stripped-down record that resembles nothing like the catalog produced by his former boy band.

With a roar of success from his debut, Styles’ expectations are rising more and more by the minute in anticipation for his sophomore record.

On Oct. 10, Styles surprised fans from all over the world with the live stream premiere of his first single in two years for his upcoming album. YouTube blew up as the singer-songwriter shocked everyone with a video filled with a laid-back strip of pop fused with creamy and dark colors, a lack of clothing, and a sense of being free yet confused.

The release of Styles’ recent single has created an enormous amount of waves in the music and media industries. The unexpectedness of the tune seemed to resonate more with the listeners as the near-two-year wait for new Harry Styles music was over.

During the music video, Styles flirts with the possibility of coming out as bisexual with multiple shots and lyrics consisting of hints that lead toward an out-of-the-closet story.

Since the premiere and the single’s release, fans from all over the world have begun to question whether or not Styles used his latest tune to come out to the world or not. Even despite obvious hints, the only person to determine whether or not that’s Styles’ approach to publicly coming out is Styles himself.

“Lights Up” blew up the internet and continues to do so even a few days after its release. Expect to hear more from Harry Styles as fans anxiously wait for the release of his sophomore record.