“The Fall of Hobo Johnson”: An Eclectic Album Review 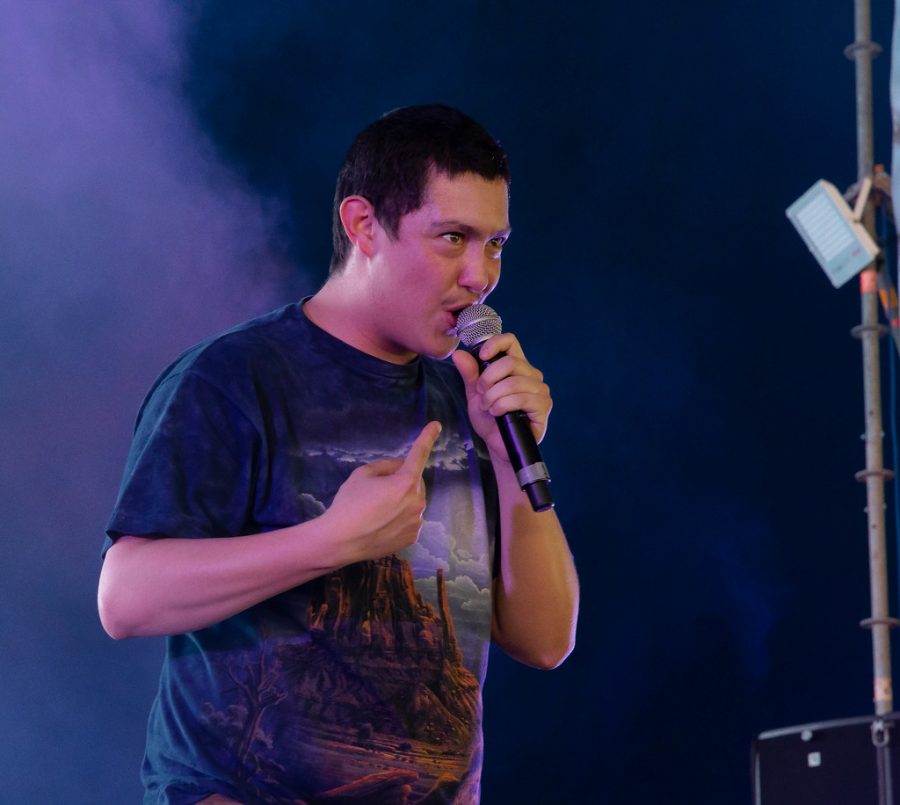 Following his debut record, “The Rise of Hobo Johnson,” which featured teenage-esque rants, childlike antics, and immature lyrics fused into adult humor, Hobo Johnson received barely even a penny. In fact, his first album started off with a flat zero and a large negative number in his bank account.

But after submitting a video for the famous NPR Tiny Desk Contest with his backup band, The Lovemakers, Johnson took off. The internet grabbed Johnson and his bandmates and took them to another level. Their popularity soared through the roof and before they knew it, they had a record deal right in the palms of their hands.

Since that deal, Johnson and the Lovemakers have gone on a world tour, risen to an extreme level of popularity around the country, and recorded a brand new album.

Hobo, or Frank, Johnson’s real name, took the summer by storm when he released his first single off his upcoming sophomore record. “Typical Story” tells an account on behalf of several people such as a King, Queen, housewife, and even a dog. With these stochastic terms and an unconventional storyline, Johnson describes situations of depressed individuals along with typical stories of these select few.

“The Fall of Hobo Johnson,” the brand new record by Johnson, was released on Sept. 13 after he released three singles over the summer.

“Uglykid” takes a different spin to the well-known Hobo Johnson vibes by establishing a smooth, flowing instrumentation filled with self-doubting lyrics and an infectious trumpet line.

“Subaru Crosstrek XV,” the final single released out of the three, reintroduces the usual style of Johnson-esque rapping and ignites a catchy melody.

The rest of the album takes shape throughout various changes in style, numerous amounts of mood swings, and the continuous balance of adult humor and language.

Songs such as “Happiness” and “Sorry, My  Dear” possess more laid back qualities along with melancholic phrases, while “ Ode to Justin Bieber” kindles this spark of energy and complete opposite form of energetic music compared to the rest of the album.

The balance between each song is somewhat drastic yet so similar as every tune floats around the topics of self-deprecation and an oppressive state.

Compared to his debut record, Johnson shows so many more musical and melodical traits with less angst and more of a mature mind.

Johnson’s second full-length LP ventures into the side of alternative hip-hop/rap with hints of pop, rock, and punk intertwined throughout the record.

Laces of previous jokes and continuous quirks can be found throughout the record as each tune carries its own weight by tackling self-deprecation issues, loneliness, and the urge of wanting to fall in love.

“The Fall of Hobo Johnson” is an eccentric yet exquisite record full of its own rises and falls which creates a variety of moods whilst continually surrounding this depressioning, humorous, and self-reflecting album.