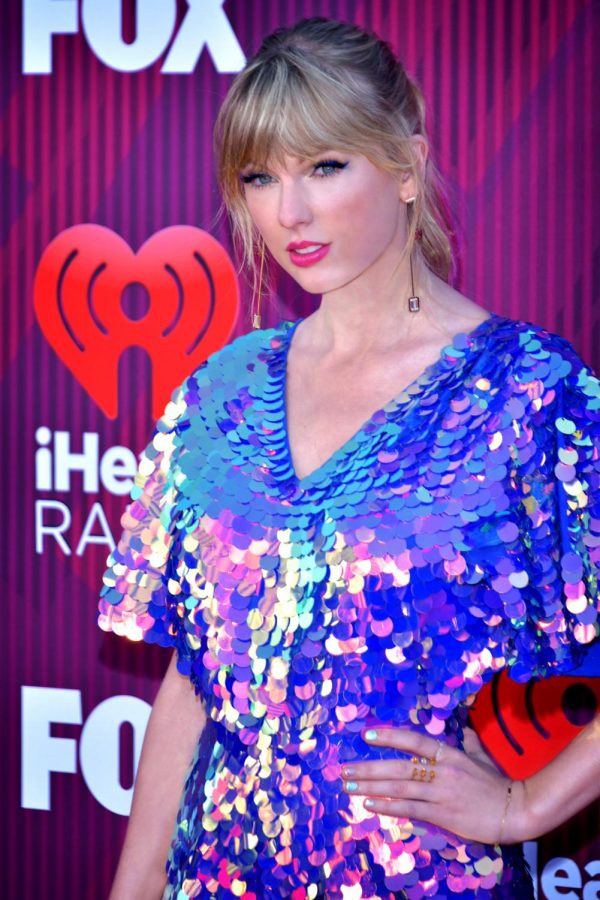 Let me prelude this article with the fact that, at the time of writing this, it has been a little over a week since Taylor Swift’s 7th studio album, “Lover,” dropped and I have listened to hardly anything else. Like most self-proclaimed “swifties,” I stayed up until midnight on Aug. 22nd to hear “Lover” for the first time. Before dropping “Lover,” Swift released four songs from the album, only three of which were singles. These songs are meant to give fans a little peek into the rest of the album, an album that boasted 18 tracks, the longest album Swift to date. “Me!,” “You Need to Calm Down,” “The Archer,” and “Lover” were all hits on streaming services. But these singles did not prepare me for the lyricism that is present in the rest of the album.

Like “reputation,” Swift dropped what was unarguably the worst songs from “Lover” as singles. Seriously, “Me!” had nothing on the rest of this album. The lyrics are second-rate, especially the lyric, “spelling is fun,” which is childish, and the verse that comes after it is atrocious.

The second song on “Lover” should have been its first single. “Cruel Summer” is a summer anthem at its core (if the title didn’t clue you in). Written with the help of St. Vincent and Jack Antonoff and produced by Swift and Antonoff, “Cruel Summer” is everything a summer anthem should be. It has an upbeat sound and its lyrics are smart and fun. While “Cruel Summer” speaks of a love that isn’t the best kind, it has all the daring and fun themes of a fast-paced summer romance. Swift’s vocals on this song, as well as the rest of the album, are her best to date. Her voice is clear and strong and she shows control that was present in her previous albums but was not showcased.

The title track of “Lover” is Swift’s self-proclaimed “favorite song I’ve [she’s] written.” While it is a good love song and the perfect song to dance to at your wedding, I have to disagree with Swift. It’s cute, its lyrics are good, the sound production is okay, but Swift has definitely written better songs (“All Too Well”). “Lover” did not catch my attention.

The song after it, on the other hand, had it all. In “The Man,” Swift was finally able to put to words the sexism that she experiences within the music industry. Swift explains how she feels as a subject of the sexism and calls out both the industry and the media’s portrayal of women. She showcases her treatment by addressing how she would be seen if she were a man. “I would be complex, I would be cool.” Swift goes on to say that she could do exactly what she has been doing, but the media would treat her as if she were, to quote Swift, “a baller.” Swift also hints that she would be more successful in the industry if she were a man. “I’m so sick of running as fast as I can/Wondering if I’d get there quicker if I were a man.”

Skip forward to the seventh song on the album, “Miss Americana and the Heartbreak Prince.” At first listen, this sounds like a basic Taylor Swift song reminiscent of her early writing. It’s about the dangers of high school and puts the narrator and her lover center stage. Things get interesting on a second listen. Swift revealed that “Miss Americana” is a metaphor for the American climate after the 2016 presidential election.

Now instead of being thrust back into your high school days, “Miss Americana” becomes an analysis of the disillusionment that Swift, along with many Americans, has experienced since the 2016 election. Swift sings that while she still loves America, she has come to realize that it has many problems that need to be addressed. “You know I adore you/I’m crazier for you/Than I was a sixteen/Lost in a film scene.” “American glory faded before me/now I’m feeling hopeless/ripped up my prom dress.” She addresses the hopelessness that many felt and also addresses the specific assumptions that were made about her during that election and why she didn’t speak out in support of Hillary Clinton. It was an interesting choice for Swift to put her narrator in a high school setting but it makes a good metaphor for everything American. While “Miss Americana” requires a little more critical thinking than other pop songs, it is worth the listen.

“Lover” also boasts what is one of Swift’s most personal songs. “Soon You’ll Get Better” immerses the listener into the sadness and depression that Swift felt during her mother’s cancer treatment and her relapse. Throughout the song, Swift assures her mother, and herself, that “soon you’ll get better.” She lends powerful imagery and emotion to her lyrics and the listener can hear the feeling in her voice as she sings. Swift also makes a political statement with the song by having the Dixie Chicks, a country band that had been ostracized by the country community for criticizing former President George W. Bush, sing background vocals on the track. Whether Swift is saying that she agrees with the Dixie Chicks or not is unclear.

My favorite song on the album is a song that I didn’t expect Swift to write at this time in her life. “Death By A Thousand Cuts” is an emotional and gut-wrenching breakup song, one of the best that Swift has ever written. Funnily enough, it wasn’t written about one of Swift’s breakups, it was written about a breakup that happened in Netflix original movie, “Someone Great.” This song is another example of Swift’s talent in taking other people’s experiences and turning them into lyrical masterpieces. It’s calm, it’s heartbreaking, and it’s catchy, which is exactly what I expect a good breakup song to sound like.

Some honorable mentions from “Lover” are “Daylight,” “Afterglow,” “It’s Nice To Have A Friend,” “Cornelia Street,” and “False God.” All of them are good, lyrically sound songs and deserve a listen. Actually, the whole album deserves a listen (even “Me!” due to an interesting lyric choice that’s different from the radio version). While I disagree with those who say that this is her best album, it is definitely one of her best and I look forward to seeing what kind of media comes out of it.

The album is a pure pop album and shows listeners that Swift knows exactly what she’s doing when it comes to pushing the limits of the genre. No two songs sound the same, but “Lover” still manages to be sonically cohesive. The album has good lyrics, it has an overall upbeat sound, and it has a ton of songs that you can sing and dance to. Aside from the overall disappointment I felt when “Me!” dropped, “Lover” has impressed me and truly showcases the talent that Swift continues to demonstrate when it comes to writing a good song.