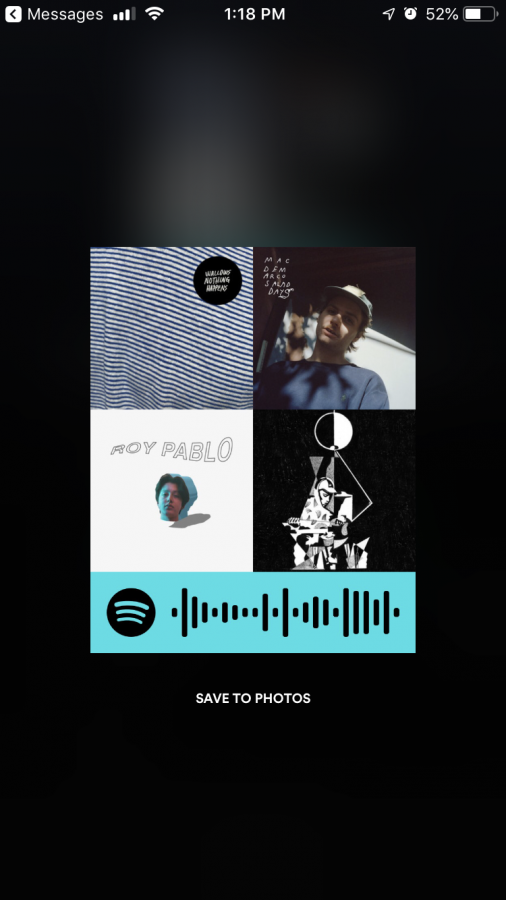 The world of indie/alternative music only rises with each miraculous day and the amount of bands and artists that become undiscovered or even just constantly overlooked is ridiculous. For this week’s playlist, let’s roam down underneath the overrated top 40, and absurdly well-known indie tunes. “Underneath” takes the listener on an exploration beyond control to a place rarely researched and visited. Prepare for an adventure of clarity, beauty, and purely underrated hits that will create an exceptional and never before heard listening experience for the listener.

“Blue Boy” – Mac DeMarco: Quite possibly the underground/indie prince himself, Mac DeMarco is well known for being spunky, spontaneous, and plain awesome. His music has the ability to transport the listener from one dimension to another. “Blue Boy” consists of similar mellow vibes, groovy repetitive guitar riffs, and odd and eccentric lyrics. The underground stage will always welcome the one and only, Mac DeMarco.
“Out Getting Ribs” – King Krule: First off, what a title! King Krule’s indie hit, “Out Getting Ribs” showcases his unique and incredible talents along with simplistic harmonies and lyrics that are filled with so much thought and hidden truth. The listener will find themselves overthinking the texture and conceptions that are introduced and discussed.
“Scrawny” – Wallows: This long time-running band has gone through several name changes but has finally seemed to find a name that sticks and a groove that works only for them. Wallows has immersed themselves heavily into the indie world with the recent release of their record, “Nothing Happens.” Wallows’ body-moving, free-spirited “Scrawny” exhibits every ounce of why indie music is so miraculous. The underground accepts Wallows’ request down under and will surely appreciate their presence. “Scrawny” contains extremely catchy and random lyrics and an overall groove that will never get old.
“Everytime” – boy pablo: The underground will be quite pleased with the entrance of boy pablo and his extremely infectious indie tune, “Everytime.” boy pablo exemplifies the indie standard and fuses it with hints of pop and bits of rock while still creating an entirely underground and underrated-esque vibe. “Everytime” maintains a steady groove, offers the listener opportunities to explore one’s mind, and encourages one to go beyond the lyrics into the underworld.
“Down the Line” – Beach Fossils: Picking things up a bit, this tune provides the listeners underneath to hear all ranges and aspects of indie/alternative music. The Beach Fossils dive deep into the eclectic-ness of electronic indie music with funky bass lines and lyrics that possess expression and nonsense. “Down the Line” includes melodies of visage, groovy rhythms, and tasteful yet merely meaningless lyrics that contain poise and certainty.
“SLOW DANCING IN THE DARK” – Joji: Moving even deeper down under, Joji has entered onto the indie scene with an embrace in lonely, dark harmonies that possess so much truth and raw honesty. “SLOW DANCING IN THE DARK” offers feels of slow dancing in the dark with another and allows for the listener to let go and forget about the burdens pushing down their spine. This hauntingly beautiful and brutally ingenious tune contains so much more than what’s heard on the surface. Enjoy the ride.
“Dark Red” – Steve Lacy: Until recently being featured in a Vampire Weekend tune, Steve Lacy has lived the majority of his career underground. “Dark Red” consists of a simplistic yet infectious groove, choruses of refreshing taste, and innovative lyrics that present a new sense of indie music.
“Paracetamol” – Declan McKenna: Every underground show has to have an electronic fused anthem with synth riffs and kick drums galore. Declan McKenna provides flares of 80s techno-pop and modern-day alternative rock to his listeners. “Paracetamol” creates glares of spunky indie rock with its synth rocking verses, hints of pure glamour and brilliance with each chorus, the possibility for a sing-along in every lyric.
“Lemon Boy” – Cavetown: This sweet and sour tune opens up possibilities for the listener to jive along. Cavetown depicts stereotypical and similar underground sounds yet delivers new and more underrated grooves that are lesser known down under. “Lemon Boy” provides a citrus taste, characteristics of sour grooves, and lyrics that are sweet and oddly adorable in this indie upbeat ballad.