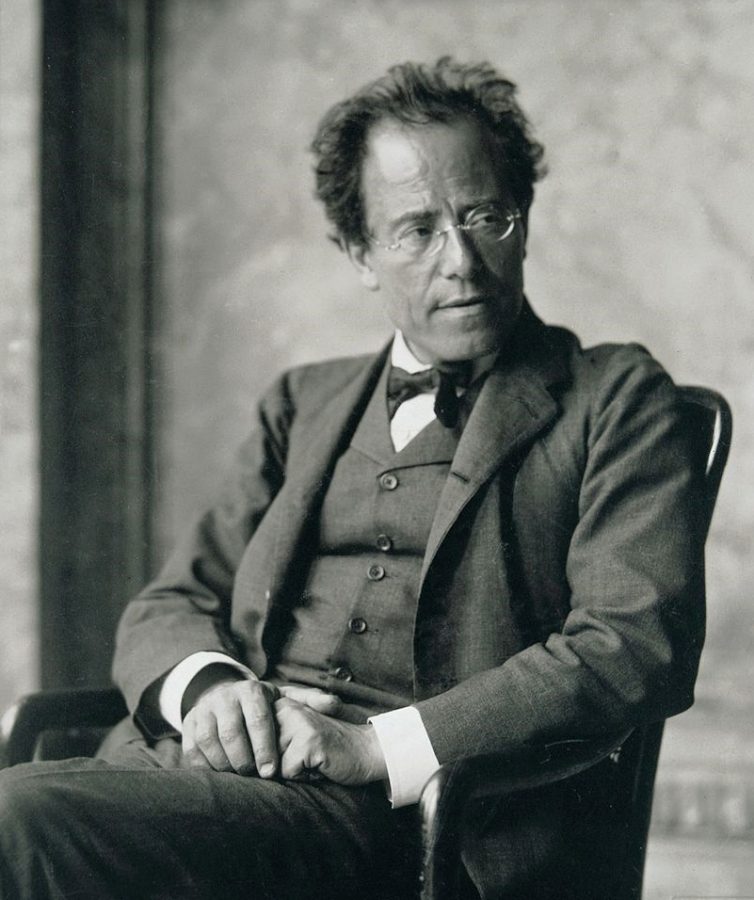 Leading up to the most anticipated presentation by the Millikin-Decatur Symphony Orchestra of the semester, members of the soon-to-be audience imagined what Gustav Mahler’s Symphony No. 2, also referred to as the “Resurrection Symphony,” would entail.

With a simple raise of hands and a wave of the baton, conductor and director Dr. Sergey Bogza ignited the fiery and passion-filled journey. The strings instantly shaped the first movement into a fervent of warmth that only became hotter as the winds entered and formatted the entire orchestra’s dynamic.

After the first ten minutes of the movement, the audience experienced every dynamic. Tempos had fluctuated and rhythms became handed throughout each section.

Heavy brass led the way through the final moments of one’s life while the strings finished the abrupt terminus with sweetness and a prairie-like feeling.

This could only bring the listener to assume or wonder if “the end” was truly blissful and beautiful. Following the catastrophic hits and falls of the deep and fortifying brass then carried on by the glowing and decadent strings with hints of tasteful flute and oboe, the movement concurred in silence.

The end had come.

A five-minute reflective silence hung over the audience and orchestra as each member in the hall became floored with every detail of the movement and the possibilities of what would come next.

It seemed almost unusual and impractical to realize all of this was going on in one’s own mind.

The second movement began as a described andante moderato, which translates to a moderately-slow tempo. Similarities occurred between the first two movements as this one demonstrates a hero’s triumph. Throughout the movement, the strings led the way while the winds filled in the empty holes.

The flute, oboe, and clarinet instilled moods of peace and fervor as the strings supplied the flowing wind – and moments of surrealism.

One could question whether or not the afterlife provides anything for us at all or if everything is simply darkness.

The previous thoughts continued for the remainder of the symphony as the second movement continued to amaze with empyreal melodic lines and flavors of fluxing lyricality.

The woodwinds provided a necessary amount of elation as the brass packed the heat with pounds of grungy chords. The strings slipped between the two parts and grew a field of their own. The final plucking of the strings in the second movement wrapped up this melodious flowing of a movement.

Imagine running water in a stream where colors of green and clear surrounded the area while hints of gold from the sun’s rays flickered in and out.

Mahler’s third movement suggests that the mind begins to play games on itself as the music creates signs of both surreal and realistic scenarios. A perpetual and ceaseless swirling of chaos generated a feeling that reality was distorted and mismatched.

It seemed to be evident that the river-esque flowing advances this feeling of uncertainty and only allowed for one to question more on whether or not the reality being seen and experienced is reality itself.

Mahler’s incorporation with the afterlife as well as the possibilities of being able to come back and “resurrect” or if the afterlife itself is a way of resurrecting sends signals to the audience and informs them of the unknowing and the insanely intriguing aspect of not knowing what is to come. The orchestra encompasses the hall with lingering sound as there doesn’t seem to be an end or cut-off to the constant rotating of the music.

The Primal Light dictated a fourth movement that possesses an illumination compared to the most subdued and dusky pandemonium.

In Mahler’s contemplation and analyzing of resurrection, he composed a Lied, a German art song for orchestra which is absorbed into the overall grand theme. An alto solo sung by Paulina Villarreal haunted the movement as she begged for the rose of red and light from God to lead her to the “eternal blessed life.” In the movement, the light, easy, and flowing lines of the strings captured the hearts of listeners as the vocalist soared above the distinct woodwinds, who added the finishing touches to the resurrection.

The translation of the solo depicted a sense of desire and need to eventually end up in heaven for eternity, but must accept the sudden change of being sent away yet knowing God will send his light once again. Villareal’s vocals executed the product Mahler created, sought for, and coveted when composing this noetic work of art.

As the solo came to a close, an abrupt ending occurred as the strings and winds create exquisite and picturesque melodies and harmonies to contrast with one another.

The Resurrection, itself, was finally among the audience. It didn’t allow any time for the listener to adjust or prepare themselves for what was about to happen.

Instead, the orchestra ignited a flurry of thunderous brass with a mixture of consistent and bright strings as insinuations of flute and oboe ooze and gush their way around the orchestra.

The appearance of French horns from off stage encountered the beginning of quite possibly one of the most heavenly and divine finales to ever be written.

As fluctuations of the tempo and rhythms pass and members of the orchestra switch from on and off stage, the consistency of the fifth and final movement seems to be non-existent as changes continue yet emotions arise. Chills appear and are placed down the spine as lights flutter on and present the choir that is about to unexpectedly blow the listener’s mind.

A soloist accompanied the choir as the orchestra sauntered down to a hum and awaited for the choir to arrive to the next system of beauty. The pitter-pattering of the soloist and company only provided more instability as emotions continued to rise and change state as the decision on whether or not to be happy or amazed floats into one’s brain.

The addition of the orchestra added yet another flare to the music and even the stripping down of the choir keeps the pace of emotion and raw glory and resplendence in order. By the last system, every piece of the puzzle came together to finish off the resurrection of Mahler’s masterpiece.

A pure genius. Mahler was a master of the symphony. His final movement of Symphony No. 2 combines the talents of string and wind performers along with vocalists that tell the tale. The overall piece consisted of commotions of brass and percussion against treacly invocations and innovations of the strings and woodwinds while describing scenes of uncertainty, glamour, and chaos.

Sitting in Kirkland Fine Arts Center during the last few minutes of what turned out to be the most glorious piece of art was truly one-of-a-kind experience.