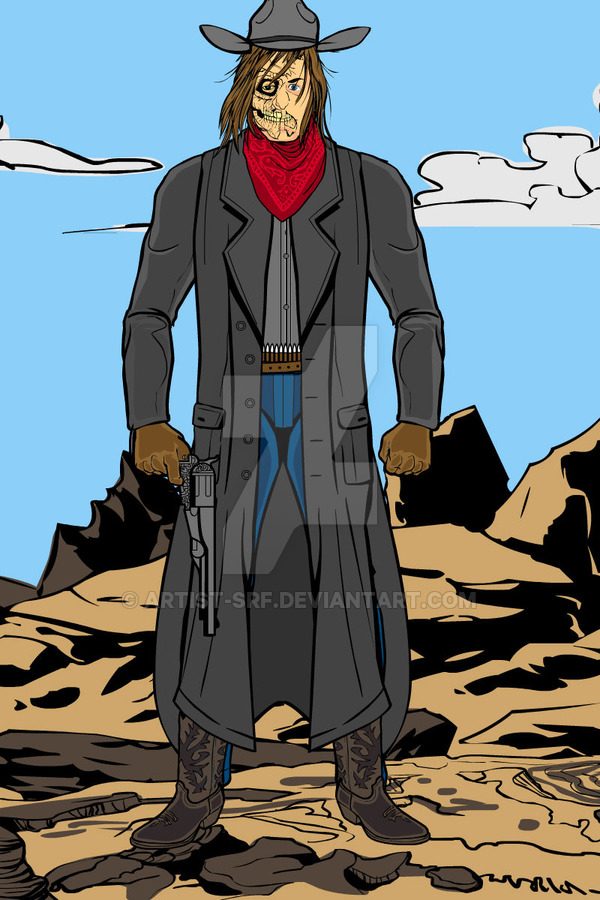 He may not have powers and to call him a hero would be pretty loose, but Jonah Hex is arguably the dismembered face of DC Comics western line giving a bigger look into the DC Universe from the old west. First appearing in 1972’s All Star Western #10, Hex has been a key part of DC’s western stories and has crossed over with other heroes. Jonah Hex was created by John Albano and Tony DeZuniga.

Jonah Hex was born in 1838, when Hex was a child, he was sold into slavery to the Apache tribe by his father, and Hex worked until he earned tribal status and being adopted by the chief. After being betrayed by his adoptive brother Noh-Tante, Hex was abandoned by his tribe. In 1861 when the Civil War broke out, Hex joined the Confederacy out of his loyalty to the south.

However, upon the passing of the Emancipation Proclamation, Hex’s loyalty was tested due to his anti-slavery beliefs. Hex however, refused to betray his brothers in arms and instead allowed himself to be captured by the Union Army to wait out the rest of the war at Fort Charlotte as a prisoner. After the war was over, Hex returned to his old tribe to encounter Noh-Tante by exposing him for his betrayal. As a result, Hex was challenged to trial by combat which ended with Hex using a weapon and killing Noh-Tante. Because of the duel Hex was forced to have half of his face scared by a tomahawk and called “the mark of the demon” and exiled from the tribe.

With no direction, family, or place to go, Jonah Hex became a bounty hunter after killing the criminal Lucas McGill. Hex mistook McGill for his father and shot him while he was outside a bar assaulting a woman. After claiming the bounty, Hex decided to take up the profession taking down criminals as he continued to move west taking care of criminals like Eddie Cantwell, Big Jim, and his arch enemy Quentin Turnbull.

Hex would also expand his business to bodyguarding protecting Women’s Suffrage activists and even working with the Secret Service to protect President Grant. Hex would continue to hunt down criminals and would frequently clash with Quentin Turnbull, a man that blamed Hex for the death of his son Jeb during the war. Turnbull’s actions made Hex on the run for most of his career.

Later in his history, Hex was a part of several time traveling stories. Hex would later join the team The Five Warriors from Forever, a team that was trained to defeat the Justice League and the Justice Society though he would rebel with the rest of the team and would later meet Green Lantern in the old west. Following the Crisis on Infinite Earths storyline, Jonah Hex was brought to the 21st century in a post apocalyptic Seattle Washington and joined the motorcycle gang The Road Reapers. During this time, Hex would fight future villains and would eventually come face to face with Batman and headed back to the west where he would remain until his death in 1904 at the hands of bank robber and bounty George Barrow. Hex would return during the Blackest Night event as a Black Lantern. Following the New 52 relaunch, Hex became a key figure in the All-Star Western title.

Jonah Hex has appeared in other forms of media outside of comics. Jonah Hex starred in his own movie in 2010 produced by Warner Brothers in which Hex was portrayed by Josh Brolin. Hex also appeared in live action on TV in the Arrowverse first appearing as a cameo in Season 2 episode of The Flash “Welcome to Earth-2” before making an official appearance in Legends of Tomorrow as a recurring character played by Johnathon Schaech. Hex has also appeared in animation appearing in the Batman The Animated Series episode “Showdown” voiced by William McKinney. Hex also appeared in the Justice League Unlimited episode “The Once and Future Thing Part 1: Weird Western Tales” voiced by Adam Baldwin