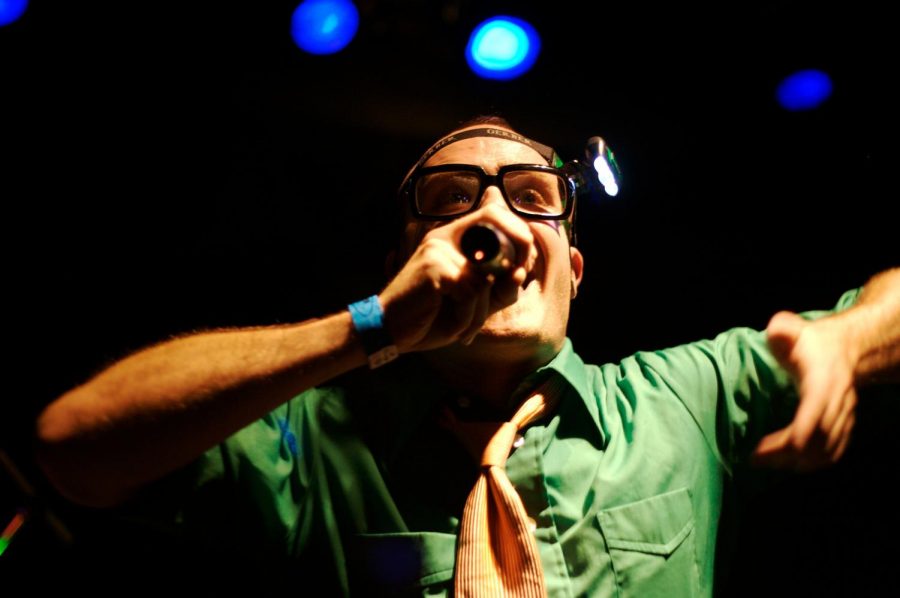 Released in 2003, the Boston Massachusetts based band Jim’s Big Ego’s fifth album, “They’re Everywhere,” is an amazing Indie Rock album. With a variety of songs, topics and sounds, “They’re Everywhere” is a good starting point for anyone trying to find a new band or new music to listen to.

One of the most interesting parts of the album comes before even listening to the album itself–the cover. The band’s frontman Jim Infantino is the nephew of comic book legend Carmine Infantino, and as a favor to his nephew, Carmine Infantino provided the album’s cover art, capturing a scene that one would see in a comic book fitting with the album’s title “They’re Everywhere.” Jim Infantino then wrote the album’s ninth track entitled “The Ballad of Barry Allen,” a tribute to one of Carmine’s most famous creations: Barry Allen, more famously known as The Flash.

Another interesting part of “They’re Everywhere” is the history of its release. When Jim’s Big Ego first released “They’re Everywhere,” the band released it under a Creative Commons license. It was one of the first independent albums to do so, which allowed people to freely distribute the album, as long as it was not for profit. At the time, most independent CDs were released under a more traditional copyright, meaning that royalties had to be paid to use it. Regarding music sharing, Infantino has stated publicly that he considers sharing music “the greatest form of flattery.” This album also was the final album to be recorded and completed at the South Boston based Ducky Carlisle’s Room Nine from Outer Space studio, as it burned down after the album was completed.

One of the album’s top strengths is that they are able to take different sounds and different genres over the course of the album and make it blend together well. Jim’s Big Ego is primarily an alternative and indie rock band, but the album takes folk and pop rock and blends it with the other songs on the album. The album also switches between an acoustic sound on some songs and an electric one on others.

Another big strength of the album is Infantino’s use of wordplay in songs throughout the album. Infantino had previously studied language at Haverford College and as a result, Infantino uses wordplay as a large part of not only “They’re Everywhere,” but also Jim’s Big Ego albums as a whole. Regarding this, Jim Infantino told NPR in a 2003 interview, “When you think of language as just a move and a response, and you drop the sense that words represent things, it gives you a lot of freedom to write about anything you like.”

So how does the album hold up to today? Since it is an Indie Rock album, it had its own sound, and it didn’t sound like most Pop Rock or Alternative Rock albums that were popular in the early 2000s. This actually works to an advantage, because this makes the album sound timeless and not just another early 2000s album. With the timeless sound, it can appeal to fans of different musical time periods instead of just one target audience.

In conclusion, there are plenty of bands that are independent and are not as well known. For those who are fans of Indie music looking for a new band and for those who are trying to start listening to Indie music, “They’re Everywhere” by Jim’s Big Ego is a good place to start.